She allowed her fingers to gently skim the surface of the glistening pool slightly distorting her image that briefly reflected back at her. The water, cool and wet, beckoned her to enter into its murky depths enticing her to cast off forever the restrictions that had been placed around her many years ago.

She felt the fire within her being that could enable her to rip off those preconceived restrictions but how? How did she make that happen? That seemed so far outta her reach. She knew they were there, those unseen restrictions places on her by them, those who were supposed to have been her guardians.

But restriction covered her tightly in its unseen garments that had irritated her tender skin and kept her bound since the beginning of her time. Restrictions enacted by them, by the guardians who were to be her protectors had not had her best interest in mind at all.

These restrictions had held tight to her tender, young flesh; pulling, poking and prodding until she thought at times she would surely lose her grip on reality, surely she would lose her mind and end up dead or in an insane asylum.

There were those few times she thought, hoped with everything in her being that she’d finally be free, but sadly she was mistaken, lied to, fooled, tricked all over time and time again! When would she ever taste the sweetness of freedom?

She ached to be released yet she did not realize how very bound up she really was. Oh, to be able to make her own decisions for her own body, her own mind! But no! Someone else was always just a breath away who seemed to hold that ability.

When the earth shook around her in her young years she clinched her body so tightly it quivered; some tried to believe it was with excitement but she felt like a bowl full of red, angry jello.

Even now as an adult she still felt thus in certain settings. Those settings others never knew about nor would have understood. She longed to break out of all her restrictions. She ached to share but she rarely did. She longed to be carefree, to play in the rain, to chase fireflies, to engage with her mystical self but she dared not. She longed to allow the real part of her core person to come forth but she must protect that one with every fiber of her being.

Others were watching and she never knew when they would once again pounce on her forcing their heavy restrictions over her yet again. No, it was better to not let herself long for the sweet taste of freedom and wonder how the sweet, cool water would feel as it gently flowed past her cool skin.

But yet, this could not be, this carrying of the restriction, what was meant for her as the Teacher whom she’d met years ago had assured her if she’d but follow Him then He would show her great mysteries to unfold; He would enable her to rip the scab off of long held secrets that had a cancer like quality that oozed poison into ones body and soul.

No, she had to hold on and put her trust in Him. He had said He would enable her to grow stronger and braver so she would wait and allow this to unfold.

She would not enter into the murky waters depths this day. This day she would stand in the sun there on the bank and allow the heat to burn those areas of resisting from off her being. She would force herself to withstand the burning of refining fire as she grew stronger and her armor became more intact. She would allow herself to be made into a warrior to be useful in leading others to throw off their own restrictions and together they would build up a vital army!

Yes, today she would bask in the fiery heat as she knew she was being moulded onto a stronger core being of herself! 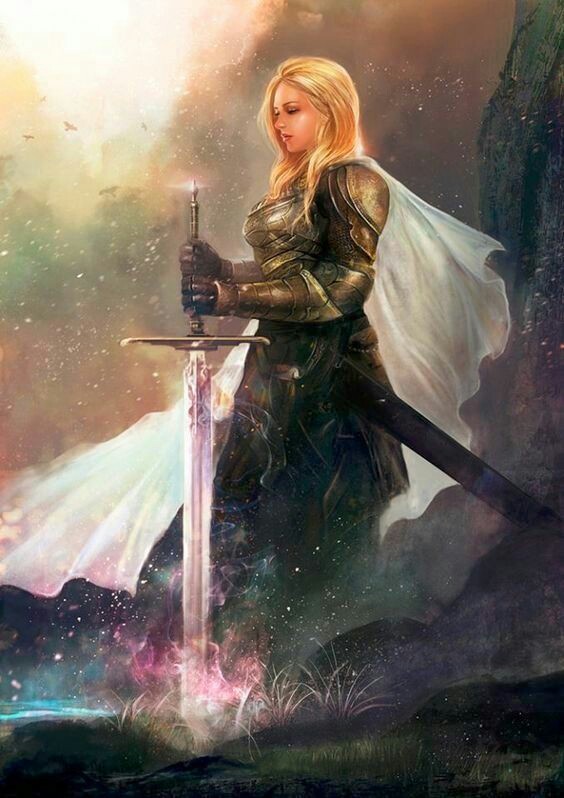 Soon she would emerge as the warrior she’d been destined to be those thousands of years ago!